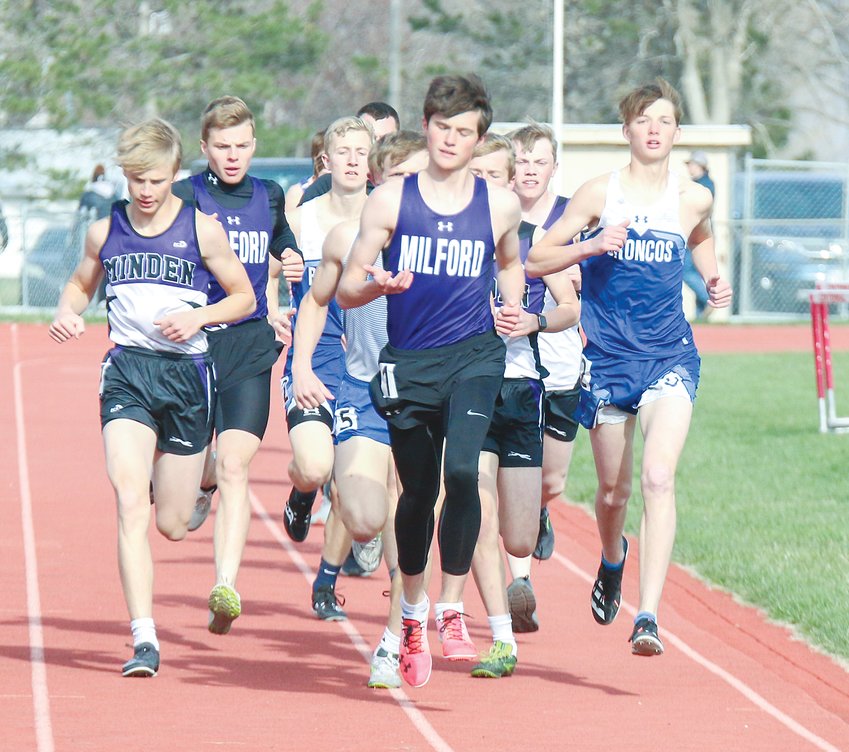 Milford's Kaleb Eickhoff leads the pack down the straightaway in the 3,200-meter run April 19 at Centennial. In the pack are Gavin Dunlap of Milford (left), Bricen Wilke of Malcolm (5), Matthew Hoops of Centennial and Clinton Turnbull of Centennial (right).
Stephanie Croston 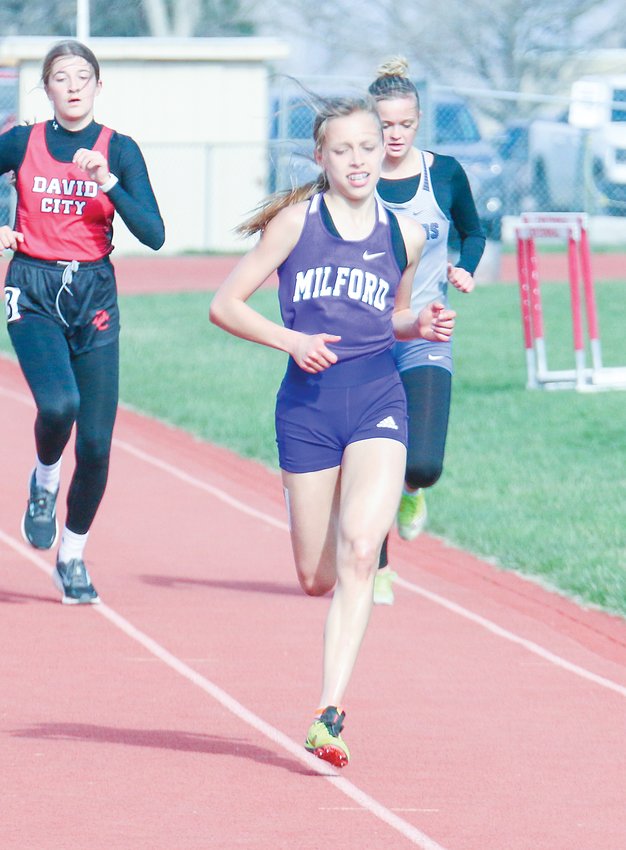 Lilly Kenning of Milford sprints the final few yards to the finish of teh 3,200-meter run April 19 at Centennial.
Stephanie Croston 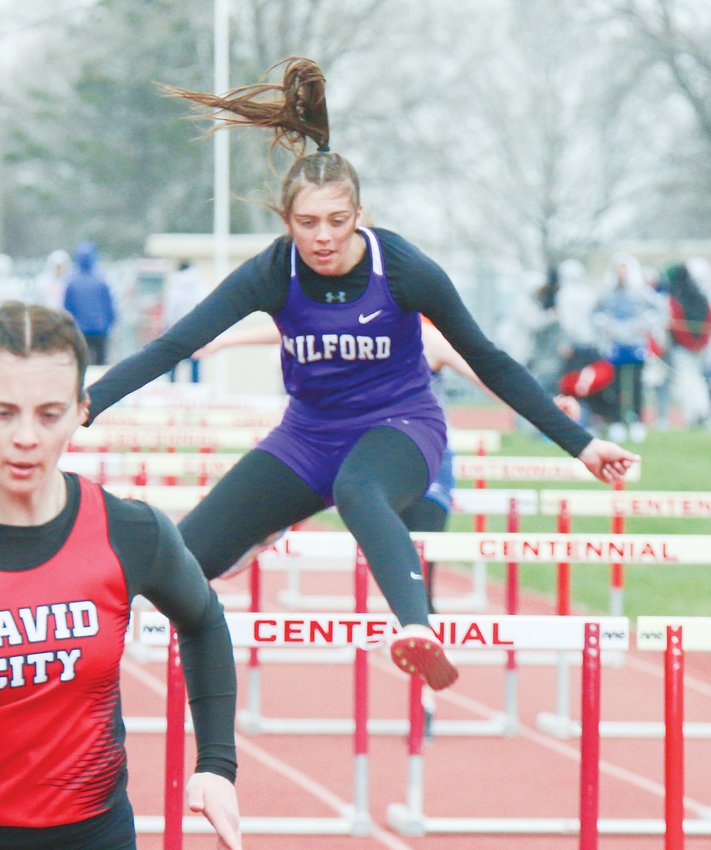 The Milford boys’ track team earned the runner-up plaque at Centennial April 19, finishing behind Columbus Lakeview on a windy afternoon.

“We were able to keep our first or second streak going,” Coach Marty Hingst said.

Hingst said Hudson Mullet tried a different strategy in the 800 and started out faster than he usually does. He finished the race in fifth place and was fourth in the 1,600.

Shook had a day full of tough competition in the sprints, Hingst said. Columbus Lakeview has a couple fast athletes, which didn’t surprise the Eagles.

“We saw them in the football playoffs,” Hingst said.

The girls’ team is dealing with some injuries, Hingst said, and finished in fourth place, just ahead of David City.

Sarah Spahr won the high jump, clearing the bar at 5-0.

MacKenzie Watenpaugh picked up second and Addi Mowinkel third in the shot put.

The Eagles are next in action Saturday, April 30, at the Southern Nebraska Conference meet at Fairbury. Field events start at 10 a.m. Hingst said the team was looking forward to several consecutive days of practice.