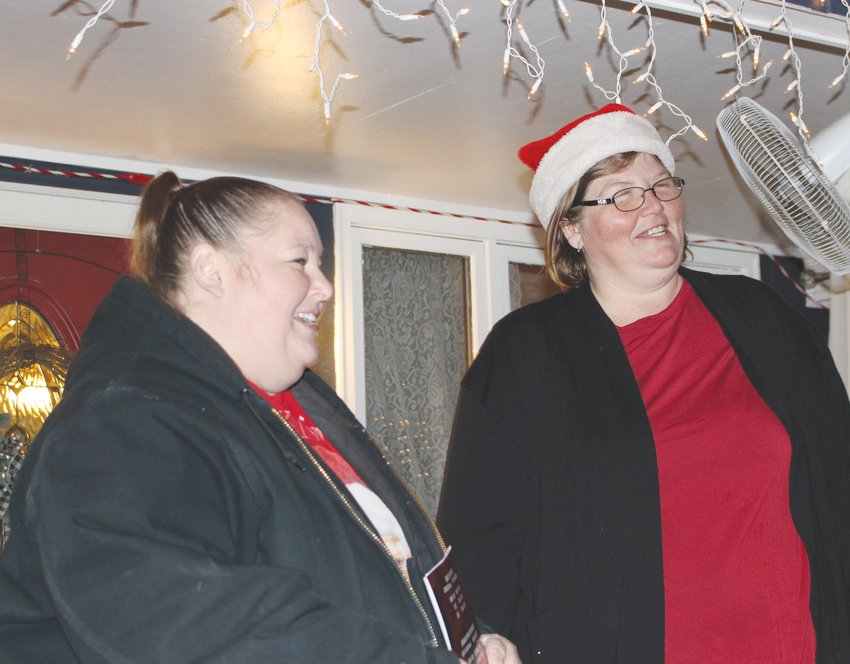 Cati Havens, right, of Milford, was surprised the evening of Dec 20 when friends, led by Kelly Keib, brought a new oven and dishwasher to her home. The act was symbolic of her selfless leadership with the Seward-ish Giving Tree program.
Craig Jones/MT
Posted Wednesday, December 22, 2021 12:00 am

The Seward-ish Giving Tree had a chance to help one of its own Dec. 20.

Cati Havens of Milford, one of the giving tree organizers, received a new oven and dishwasher from the giving tree and other businesses, including her husband’s employer.

Kelly Keib of Milford said Havens is the primary organizer for distribution. Her house is filled with gifts donations for families in need around the Seward County area.

Last year the giving tree helped seven families, Keib said. This year, they had to cap the program at 17 families.

Havens has a spreadsheet of families and gifts to keep everything organized, Keib said.

Her own family is not on the spreadsheet, however. The Seward-ish Giving Tree surprised her with delivery of the new appliances.

Having the appliances delivered by the group was “unbelievable,” according to Havens. She said it was a very timely development for her family.

“Our oven is falling apart, the dishwasher doesn’t work at all,” she said. “It’s a huge relief … and a huge blessing.”

Havens actually flipped the generosity around, by giving Keib a paid-in-full receipt from another fundraising effort for electrical work on her family’s home that was damaged by the wind storm last week.

“We just love Milford,” Havens said. “We’re just so thankful to be part of this community and the Seward-ish Giving Tree.”