Lakeview grounds Eagles in first round 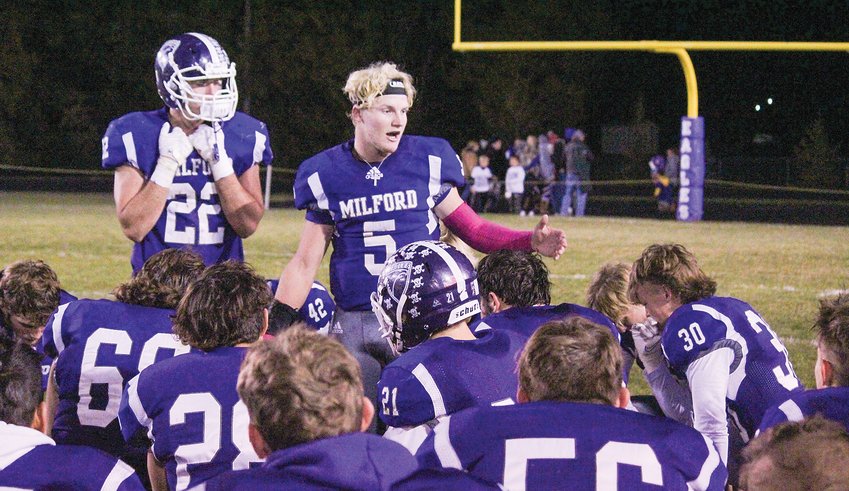 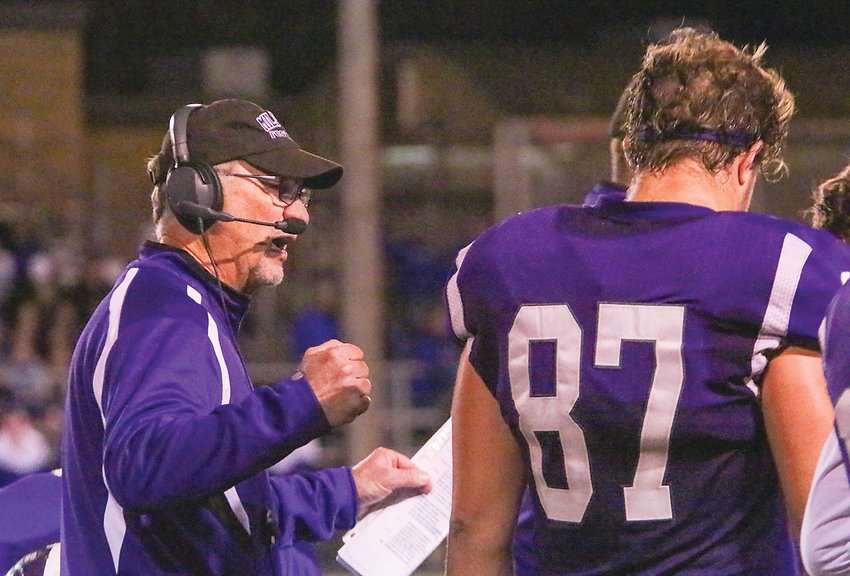 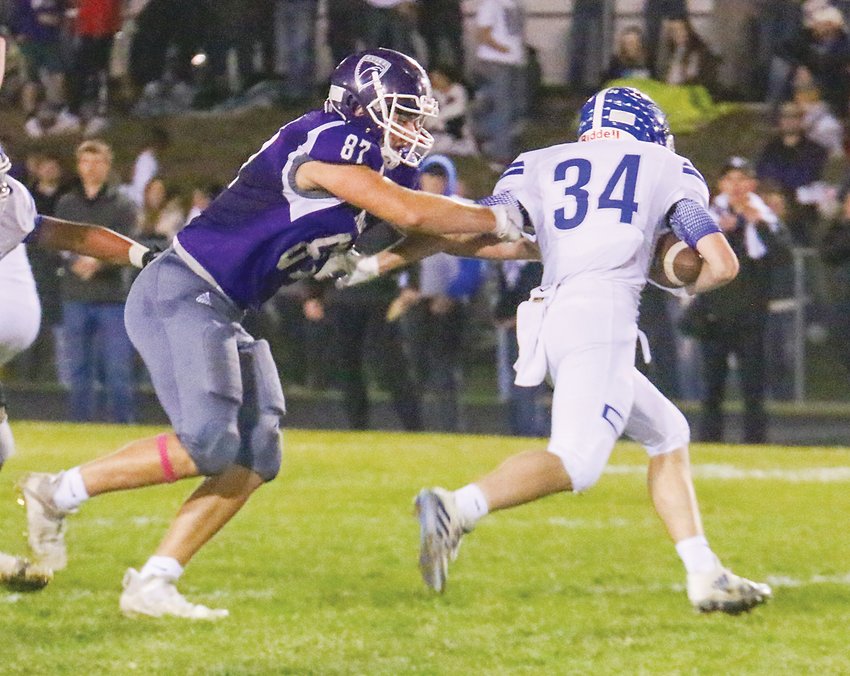 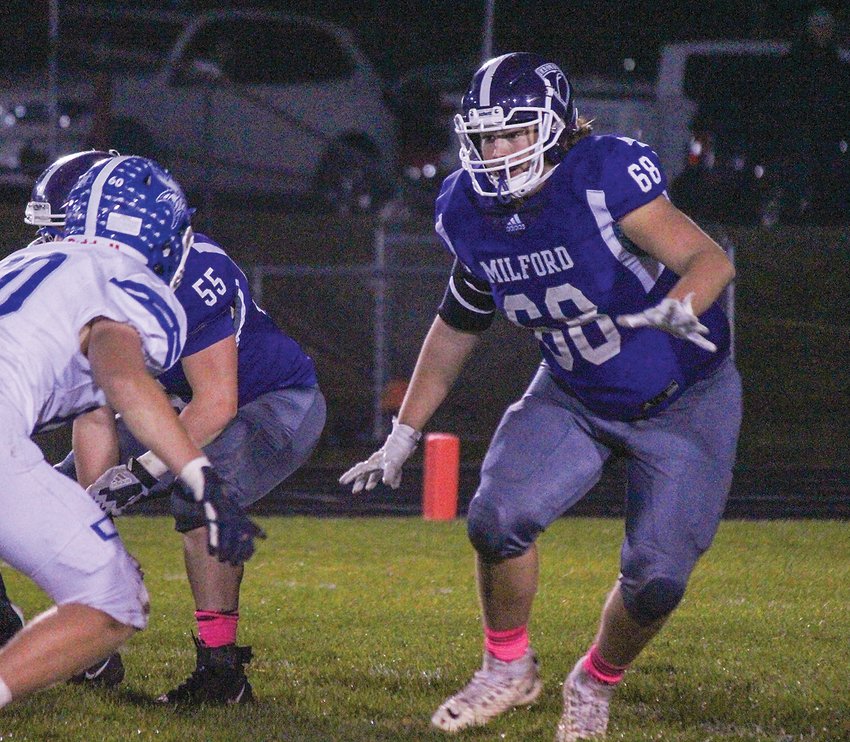 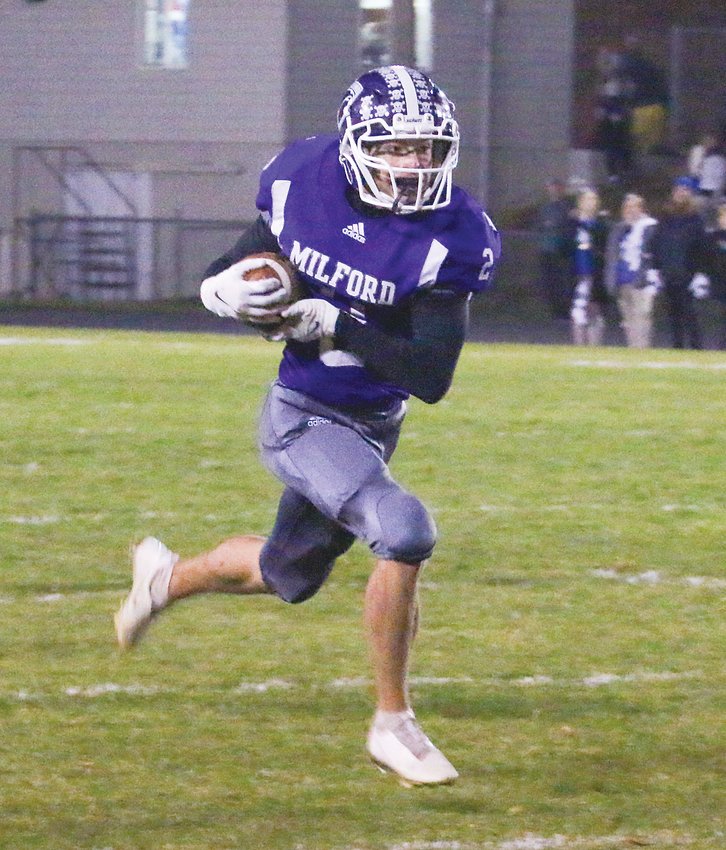 After finishing the season 8-1, the Milford football team was ready to make some noise in the Class C1 playoffs.

“Lakeview was a hot football team coming in,” Coach Marty Hingst said. “They didn’t do anything to stop that.”

Milford hadn’t played Lakeview since 2017, when the Vikings were starting to install the offense they currently run, Hingst said. The Eagles couldn’t keep up with the speedy Lakeview offense. CLHS scored on its first possession, a 70-yard, 10-play drive.

The Eagles answered with a five-play drive of their own. On third and 11, MHS took advantage of Lakeview’s aggressive safeties and connected on a 51-yard halfback pass from Eli Vondra to Ayden Shook. Seth Stutzman kicked the point after to tie the score.

Lakeview went on a 28-point run before the Eagles were able to score again.

Hingst said he thought the team had figured out some things at halftime, and the Eagles kept battling.

After Lakeview scored in the third quarter, Milford took the ball on its 31. The Vikings stopped MHS on fourth and four, but a roughing the punter penalty against CLHS kept the drive alive.

The Vondra to Shook connection found the endzone a second time to cut the lead to 35-14 with just over five minutes to play in the third quarter.

Milford scored on its next possession, marching 87 yards on nine plays. Jaxon Weyand carried the final nine yards for the touchdown. The kick failed, leaving the lead 35-20.

“We had to stop their offense,” Hingst said, “and we couldn’t get that done.”

Lakeview went 77 yards in seven plays, capping the drive with a 19-yard touchdown run and PAT to end the scoring.

“We had a lot of real sad guys at the end,” Hingst said. “This was such a fun team to coach. They improved and competed. It was our first district championship in 10 years. We were all disappointed not to play another.”