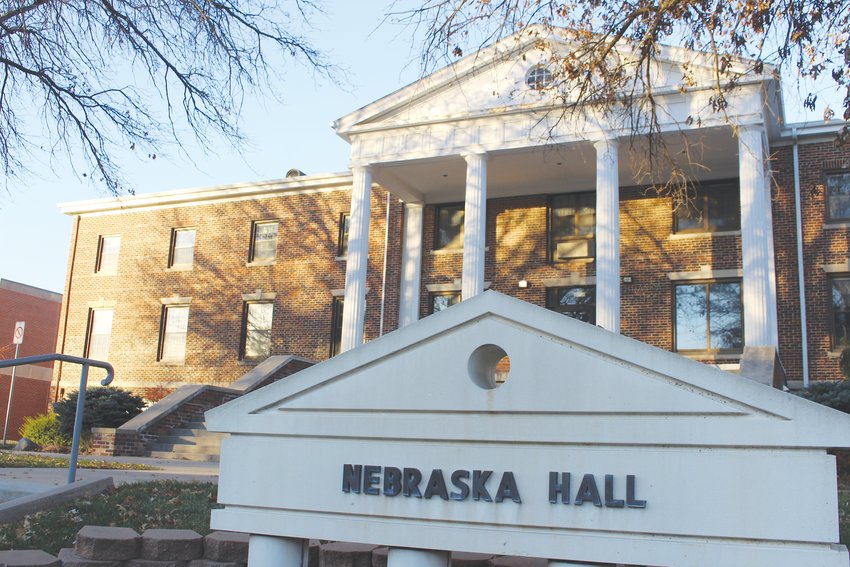 At 100 years old, Nebraska Hall is the oldest building on the Milford Campus of Southeast Community College. Donations are being sought to renovate the building for various administrative functions.
Craig Jones/MT
Posted Wednesday, December 8, 2021 12:00 am

Donations are being sought to “Save Nebraska Hall,” a historic landmark on Southeast Community College’s Milford Campus.

At 100 years old, Nebraska Hall is the oldest building on the Milford Campus. Originally built as a hospital for the Soldiers and Sailors Home in 1921, it was converted into a dormitory and cafeteria for the students at the Nebraska State Trade School in 1941.

“The Save Nebraska Hall project is an incredible opportunity to reinvigorate an iconic building on campus that has had such a significant history both for the state of Nebraska and the campus itself,” said Ed Koster, SCC Milford Campus director.

The overall historic feel of the building will be preserved, while also including several updates to meet ADA requirements. The future of Nebraska Hall will serve three purposes on the campus. Since the structure has three floors, each one can serve a separate need as follows:

The college is able to use grants and capital funds to pay for the majority of the estimated $5.5 million renovation project. The remaining $1.5 million will be raised privately. Construction is expected to begin in spring 2022.

To donate to the Save Nebraska Hall campaign, contact Ed Koster at (402) 761-8224 or ekoster@southeast.edu.