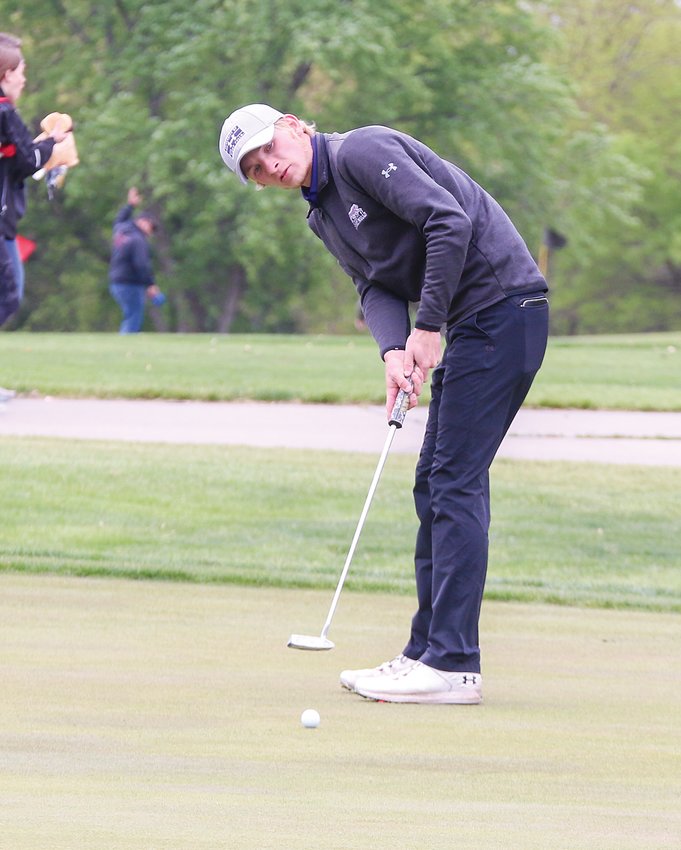 Cole Toovey watches his putt on the ninth green during the first round of state golf May 24.
Stephanie Croston 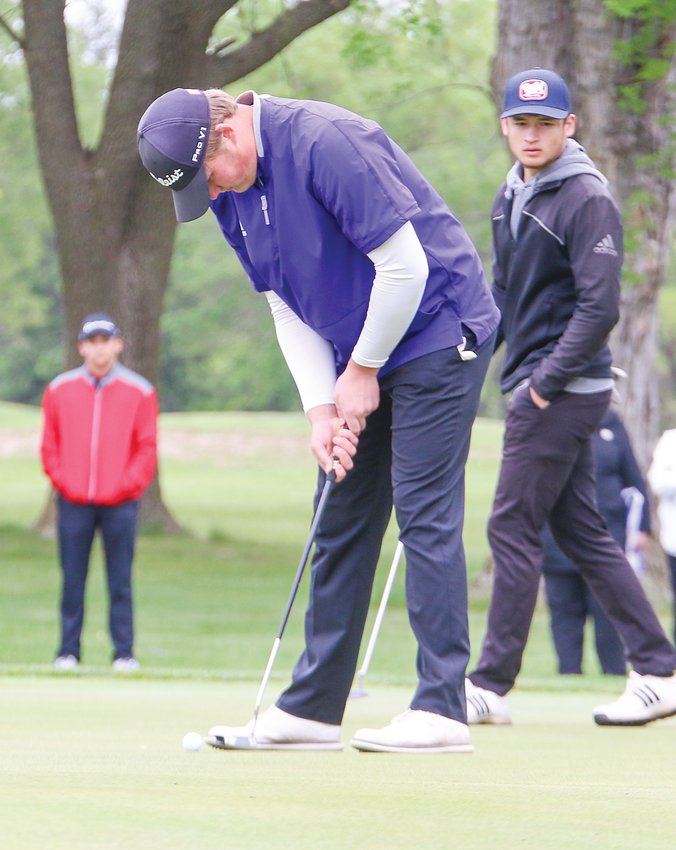 Colton Hauder lines up his putt on the first green May 24 during the first round of state golf.
Stephanie Croston 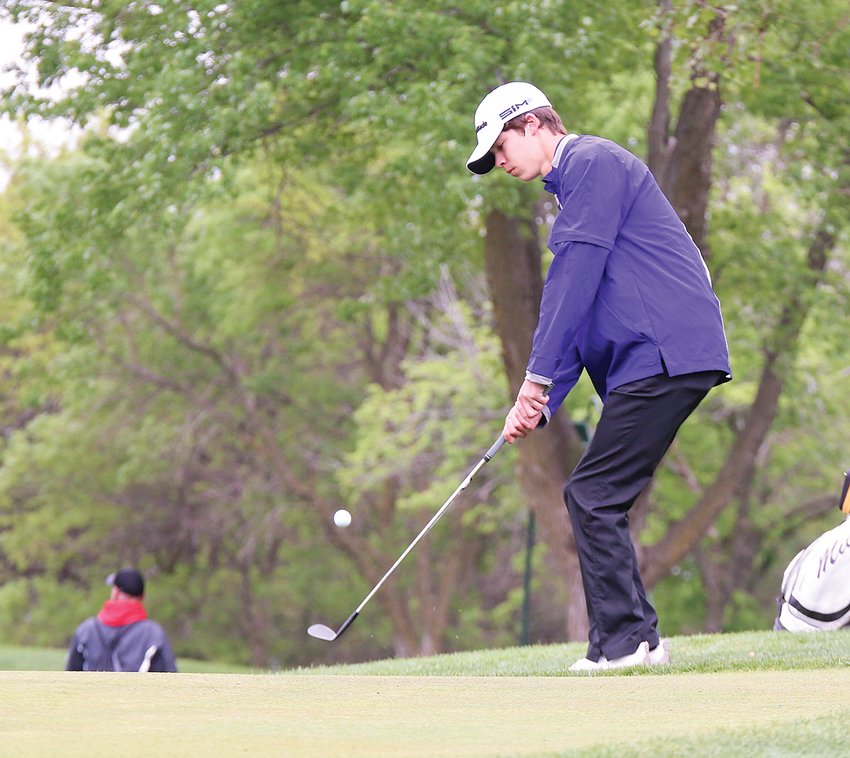 Maddox Baack chips onto the 10th green May 24 during the first round of state golf.
Stephanie Croston 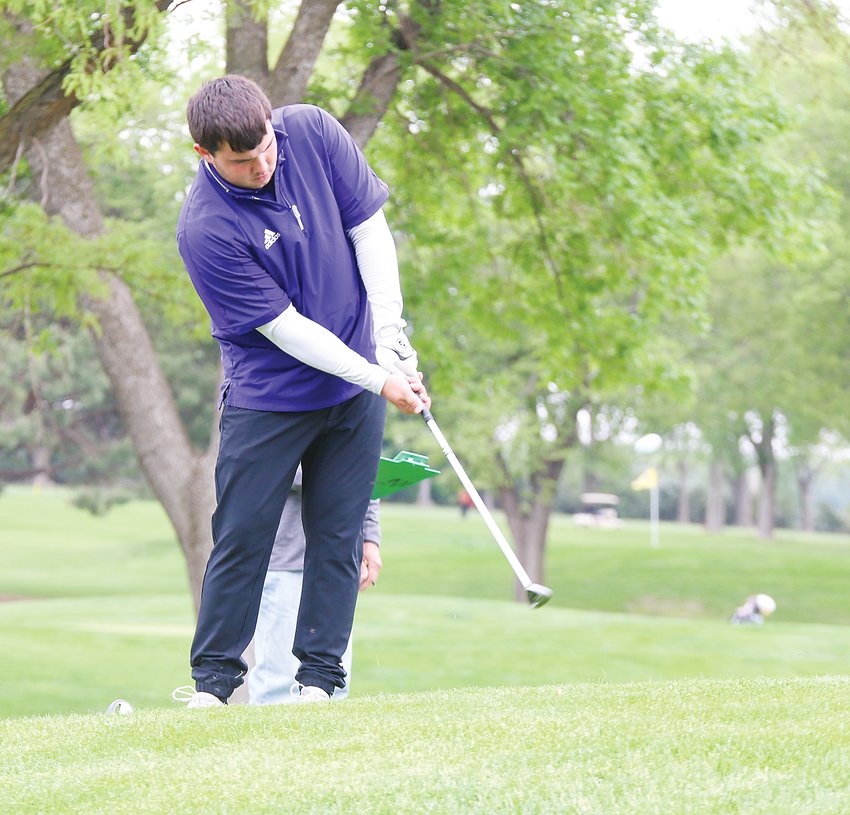 Chase Nitzsche chips onto the 11th green during the first round of state golf May 24.
Stephanie Croston 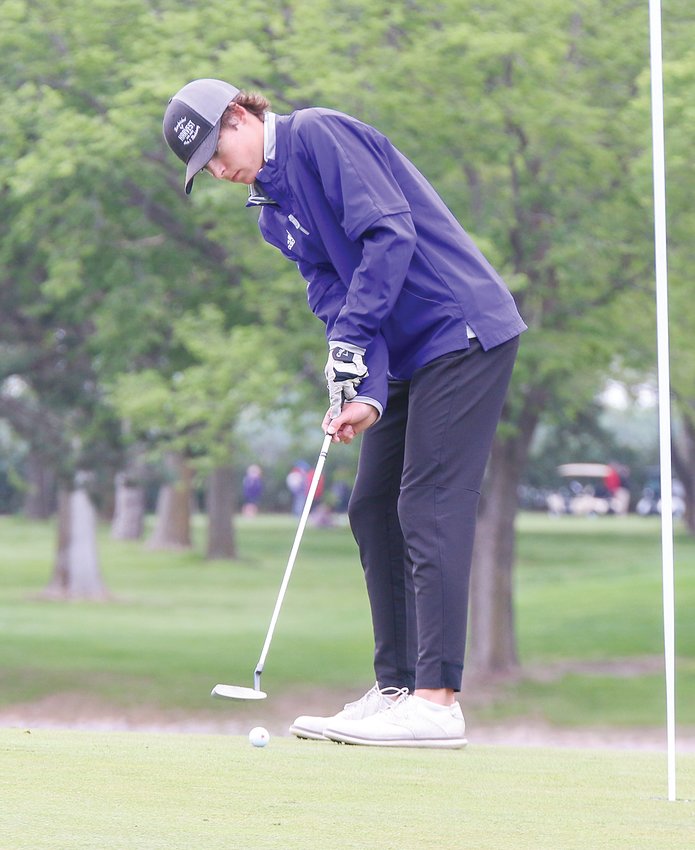 Dylan Kroese watches his ball roll across the 10th green May 24 at state golf.
Stephanie Croston
Previous Next
Posted Wednesday, June 8, 2022 9:00 am

The Milford golf team finished 11th in the team standings at the Class C state golf tournament May 24 and 25. The tournament was contested at Elks Country Club in Columbus.

Coach Tony Muller said Wednesday’s round was rainy and cold.

“We talked about the being mentally tough,” Muller said. “It took a few holes to get going.”

While the Eagles were 11th in the team standings, Muller was happy that MHS finished ahead of Lincoln Lutheran, the district champion.

“When you’re in mid-pack, you look for the bright spots,” Muller said.

Four of the Eagles are seniors, with Nitzsche a junior. Muller said Nitzsche is a two-year letter winner and has been counted on to score over the last two years.

Kroese has been the team’s fifth man the last two years. Baack came out for golf for the first time and played very well early on, Muller said.

Both Toovey and Hauder are four-year letter winners. Toovey qualified for state as an individual his freshman season. He and Hauder have alternated in the top spot all season, Muller said.