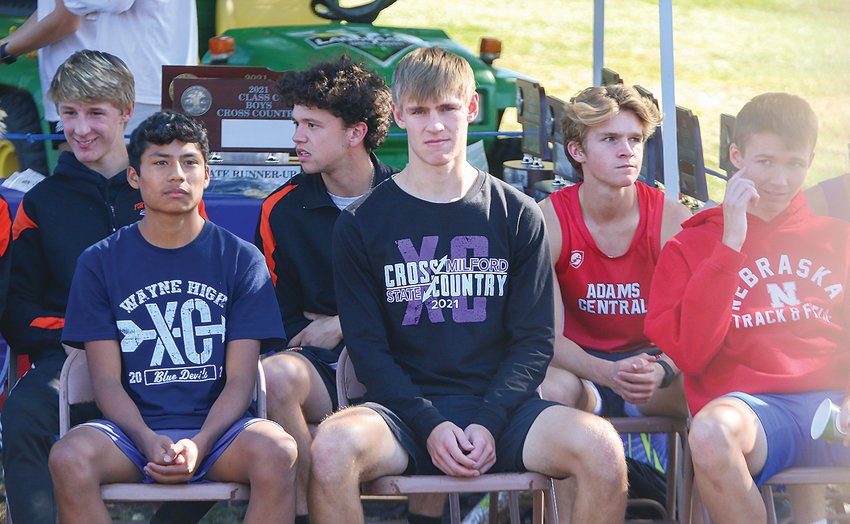 Elliott Reitz of Miford sits with the other Class C medal winners, waiting for the medal ceremony to begin Oct. 22.
Stephanie Croston 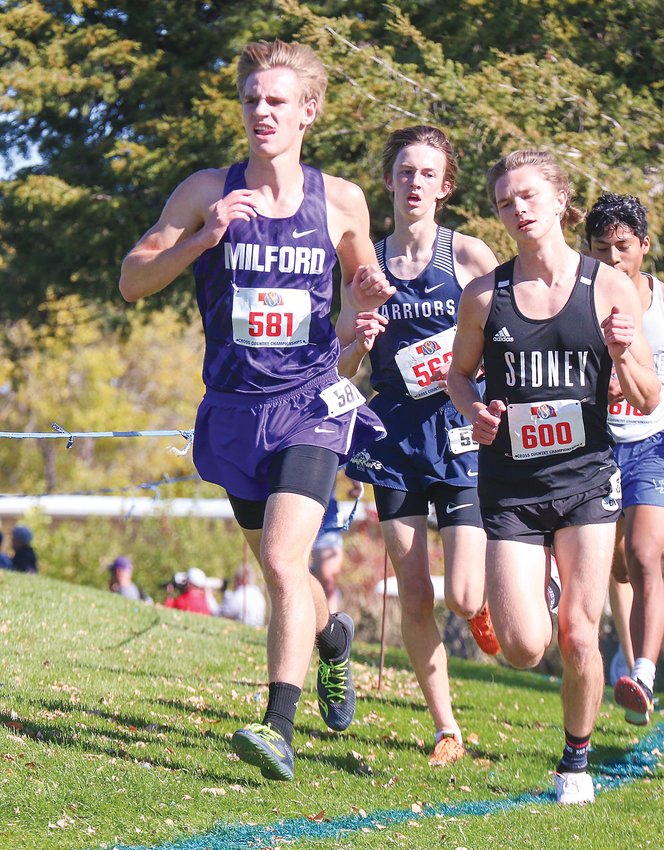 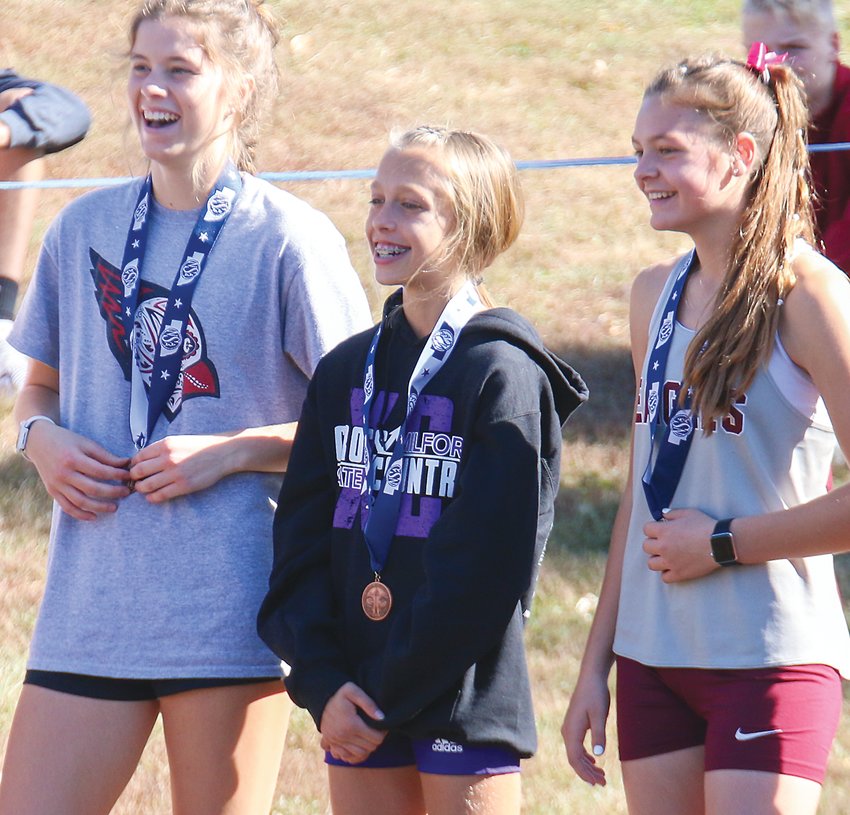 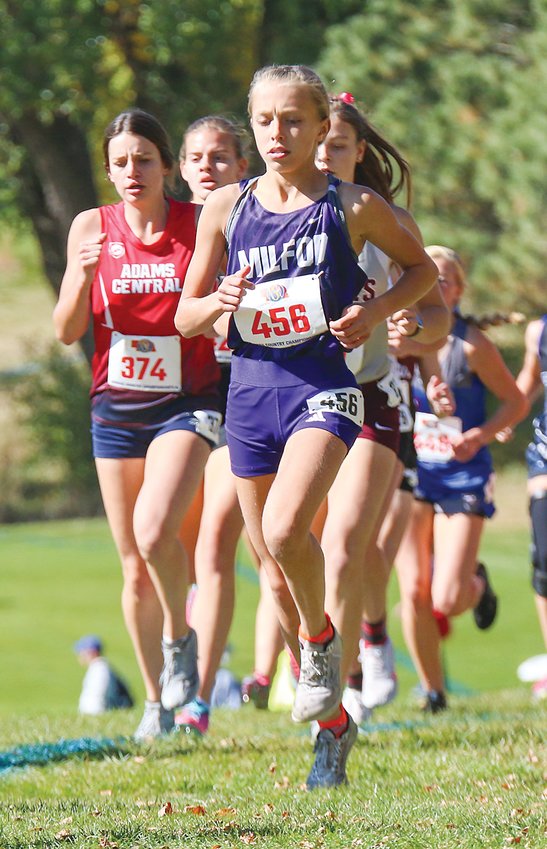 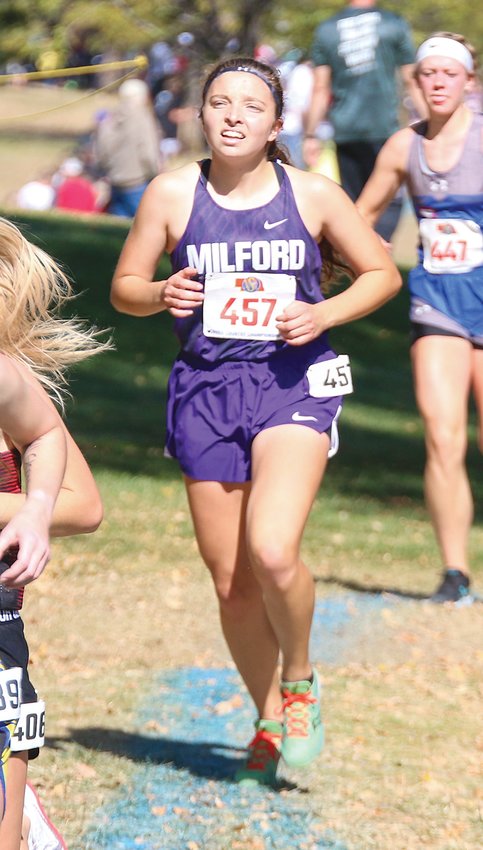 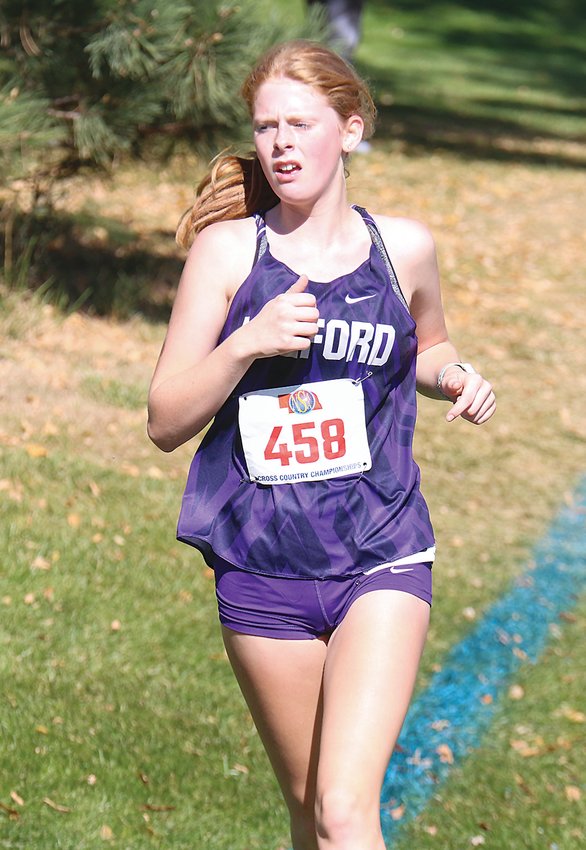 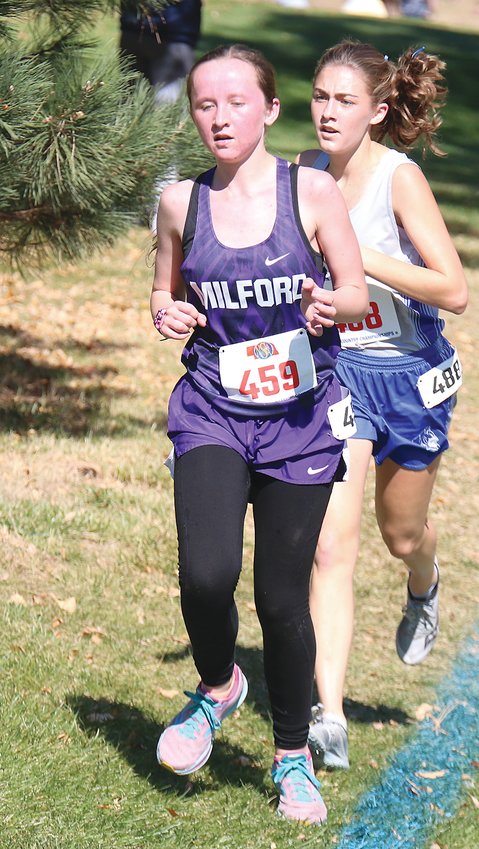 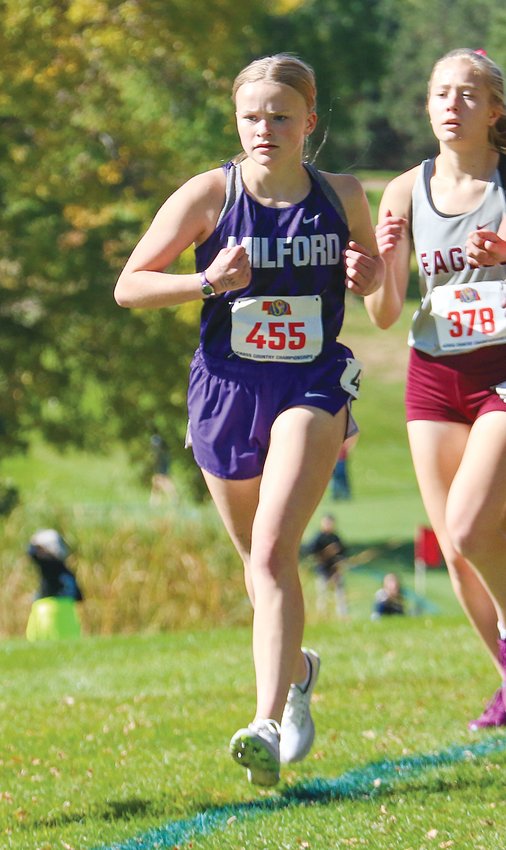 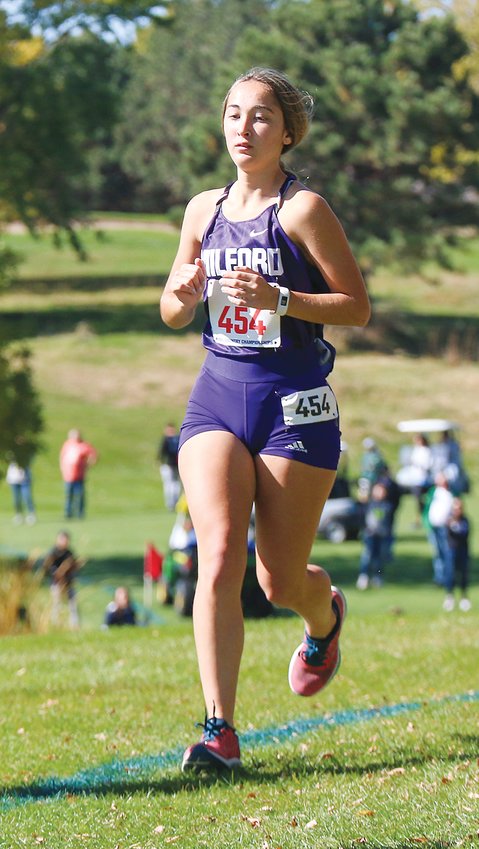 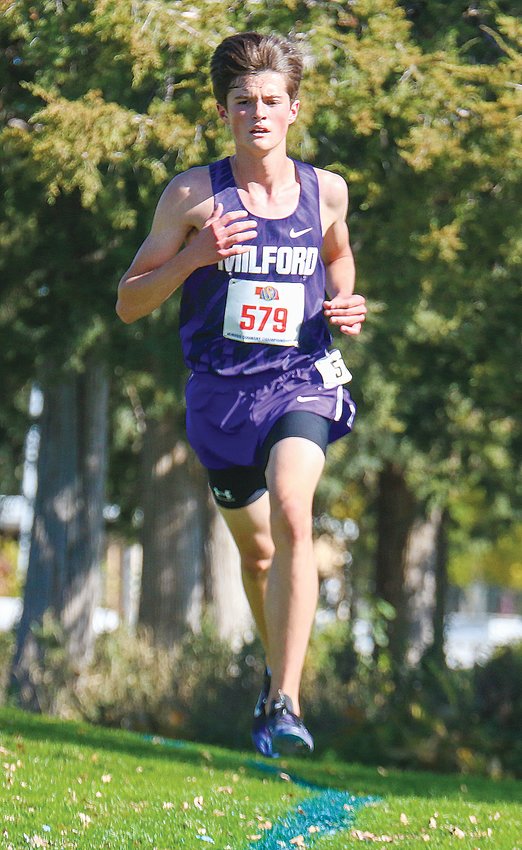 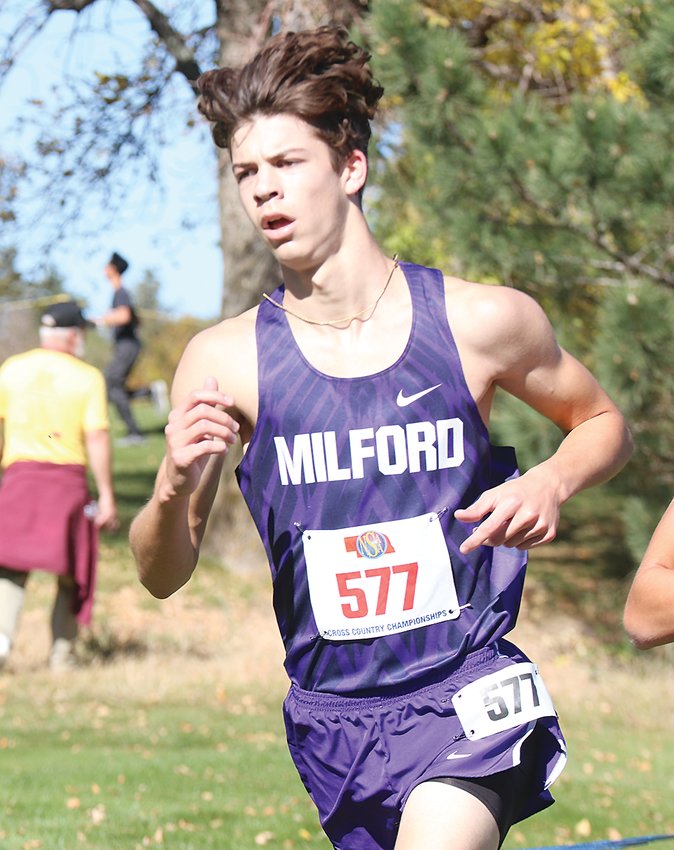 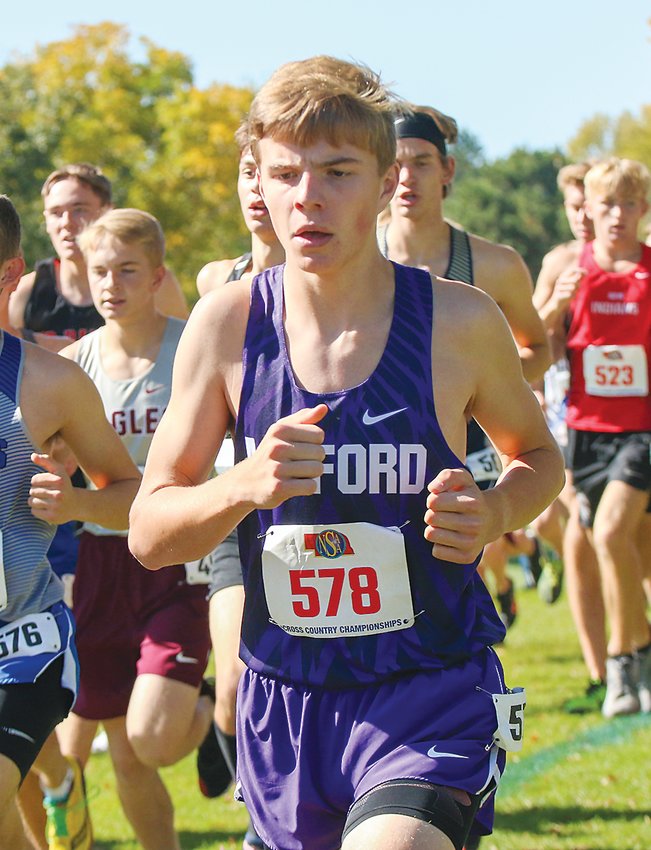 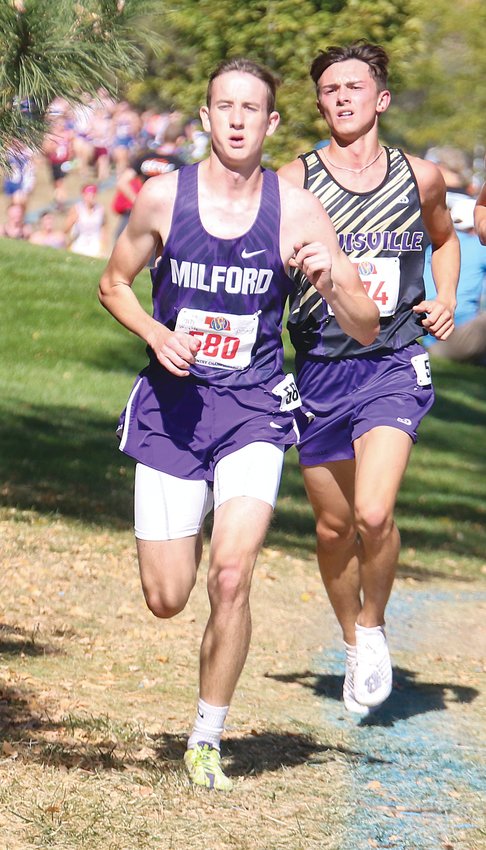 A pair of individual medalists led the Milford cross country teams at the Class C state meet Oct. 22 in Kearney.

Elliott Reitz finished 11th to help the Eagle boys to a third-place team finish behind Fort Calhoun and Sidney.

“Fort Calhoun ran out of their minds,” Coach Michele Kontor said. “Kudos to them.”

She said their strategy was starting fast, and Milford answered that by catching them as the race progressed. The Eagles couldn’t catch them at state, however.

Kontor was pleased with the Eagles’ showing, however, considering several team members were battling illness during the week leading up to state. Reitz missed three days of school, and Ellison Piening on the girls’ team missed two.

Kaleb Eickhoff placed 16th but was fighting a cramp through part of the race, Kontor said.

“He had a horrible cramp he couldn’t run through,” she said.

Kontor said she was happy to watch the group – especially seniors Reitz, Roth, Baack and Landon Lautzenhiser, this year’s alternate – bond over the past four years.

“I saw a lot of good this year,” Kontor said. “We only lost three meets. It was a really good season.”

Reitz finishes sixth on the all-time chart, and Eickhoff is in fifth. Roth stands at 13th and Baack 14th.

Freshman Lilly Kenning continued to lead the girls’ team, earning a ninth-place medal in 20:37.34. Kontor said her first two miles were good and she was in third place but then wore down.

She finishes the season second on the all-time Milford time chart.

Eliza McGuire was the next Eagle finisher in 59th. Her time of 22:43.1 was her best ever on the course at Kearney, Kontor said.

Victoria Mink also had her best run of the season, placing 70th. Her running partner Ellison Piening was further back in 82nd. Kaylee Garrison placed 106th in her first state meet, and Rebecca Freeman was 111th.

“I’m really proud of this group,” Kontor said. “Youth was a factor, but they bonded well. It will be fun to see how they proceed.”