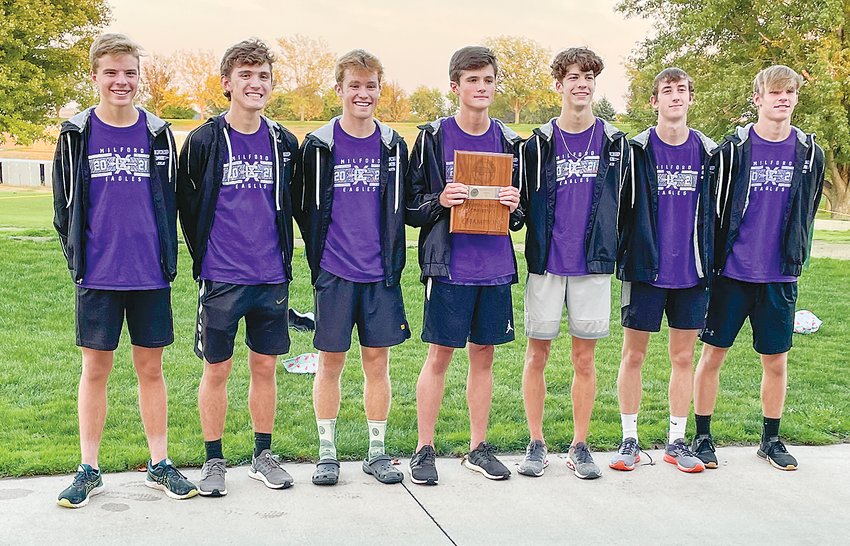 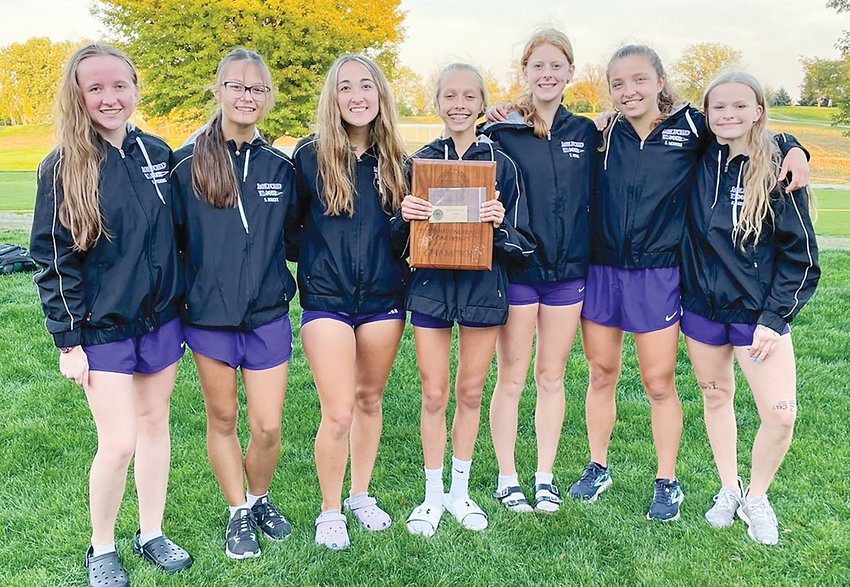 They’ve never been perfect. They’ve come close, but something always blocked them.

Now, however, the Milford boys’ cross country team can check that off their list of things to do. The Eagles swept the top four spots and put all six runners in the top 10 at the Southern Nebraska Conference meet Oct. 7.

“We had about as good a day as we could,” Coach Michele Kontor said. “We knew we’d have to find a way to challenge ourselves. I’m extremely proud of them.”

The course was a new one with a lot of turns, and that provided a challenge for the runners.

Kontor tried a new strategy with the team – hold back in the first mile. Usually, they go out too fast and don’t have enough left at the finish.

“I think it threw some of the other runners off,” Kontor said.

Rowan Jarosik of South Central was one of them, she said. At the one-mile mark, Milford’s Elliott Reitz and Kaleb Eickhoff took off. Jarosik stayed with them as long as he could, Kontor said. Maddox Baack and Carter Roth caught up with Jarosik and ran with him until the last half mile when they pulled away.

While the girls weren’t perfect, they were also conference champions, led by Lilly Kenning, who won the race in 21:00.61.

Kontor said Mink, Piening and Garrison continue to get stronger and gain confidence.

“It was a really good day,” Kontor said.

The Eagles will ride the momentum into districts Thursday, Oct. 14, at Branched Oak Lake. The girls’ race starts at 3 p.m., with the boys’ race to follow.

“They want to win. They’re pretty focused,” she said. “We have to be mentally ready to run and have a solid race.”

The girls are projected to finish second behind Lincoln Christian. Wahoo, Scotus, Malcolm and Fairbury could also be in contention for the other two team qualifying spots.

“We are where we want to be,” Kontor said.