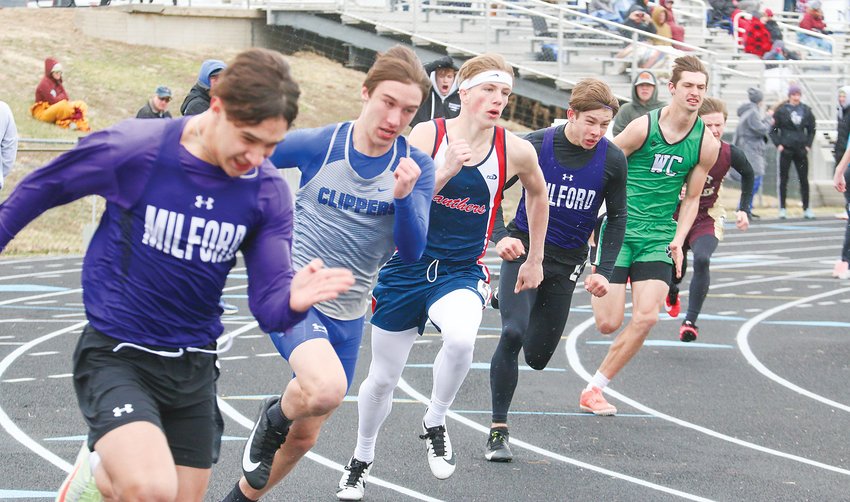 Tyce Lopez (left) and Ayden Shook of Milford run the curve in the 200-meter dash April 6 at Milford. Shook was the event champion.
Stephanie Croston 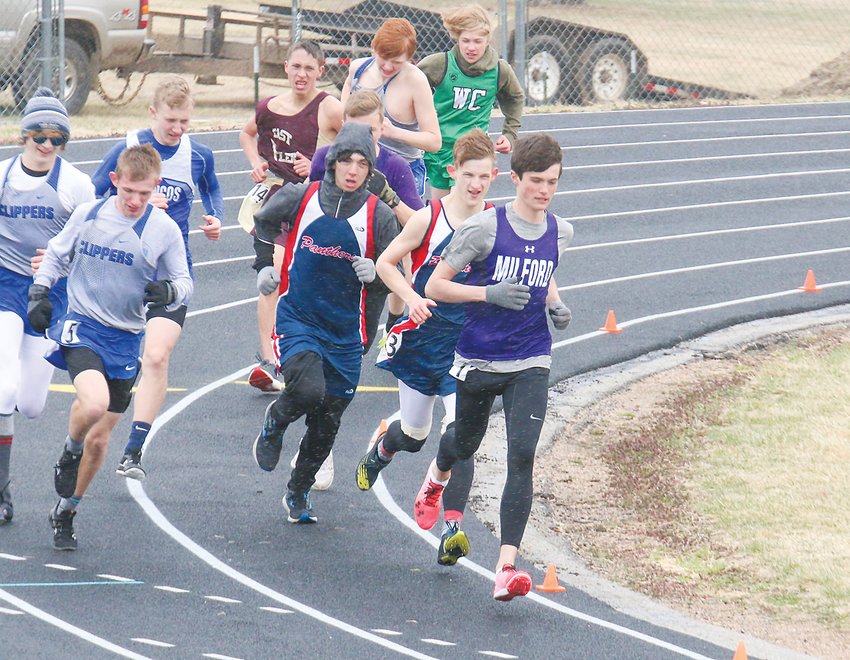 Kaleb Eickhoff of Milford leads the pack around the corner in the 3,200-meter run April 6 at Malcolm. Eickhoff was the race winner.
Stephanie Croston 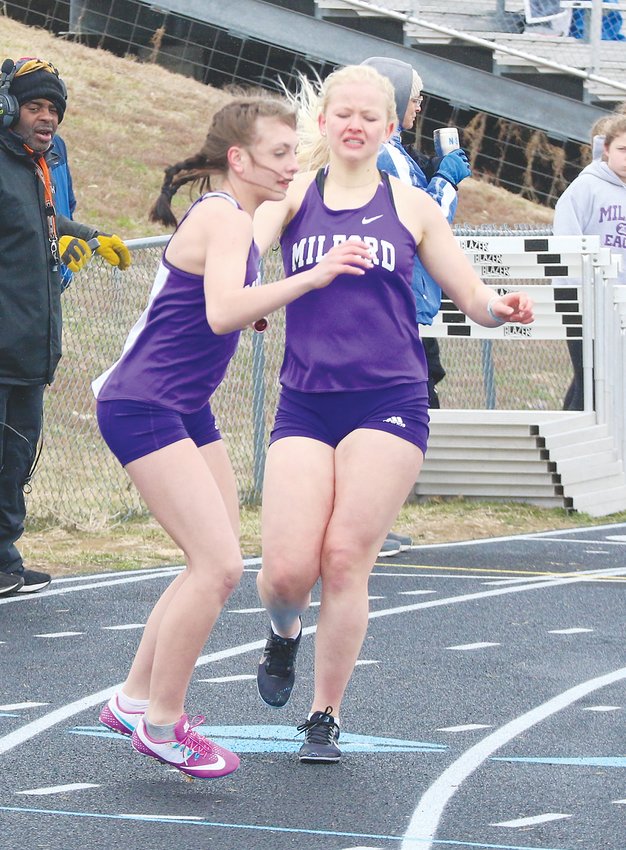 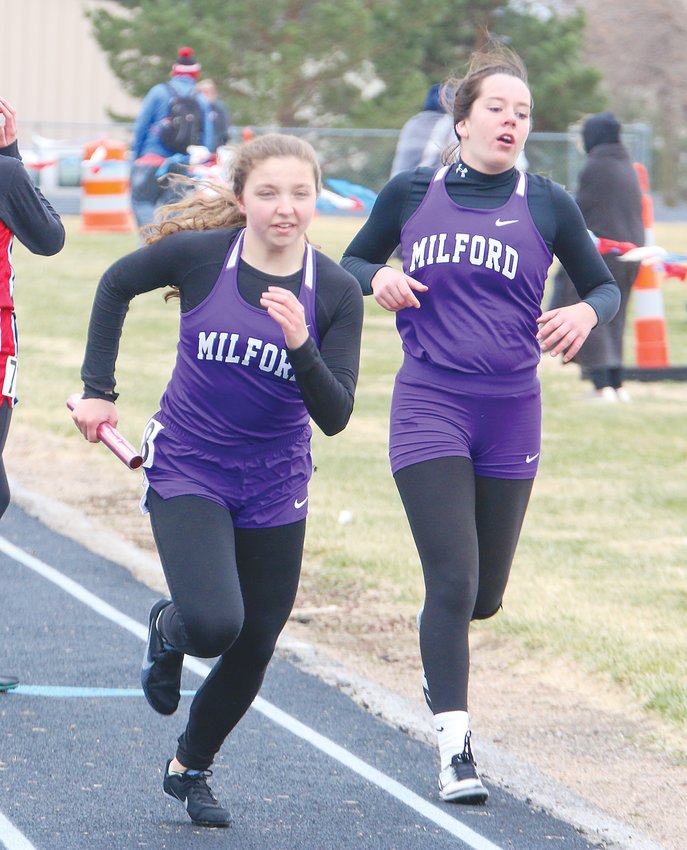 Eliza McGuire takes the baton for the final leg of the Milford 4x400-meter relay as teammate Kaitlin Kontor steps off the track April 6.
Stephanie Croston
Previous Next
Posted Thursday, April 14, 2022 10:00 am

The Milford track teams both finished second at the Malcolm Invitational April 6, despite cold and windy conditions.

The girls scored 87 points and finished behind Malcolm. Centennial was just three points behind the Eagles.

“We had to compete like heck to stay ahead of Centennial,” Coach Marty Hingst said.

Cold temperature and winds out of the north made competition difficult, especially for the distance races. Freshman Lilly Kenning didn’t seem to mind, however, running her fastest time of the season in the 3,200-meter run and winning in 12:34.96. She also won the 1,600-meter run in 5:59.34. Eliza McGuire was fifth in both races.

“They were both courageous and fought through,” Hingst said.

Sydney Stelling turned in third place in the 100-meter dash, and Macy Stutzman placed sixth in the 200.

Sarah Spahr earned second in the high jump at 5-0, with Marissa Walker third at 4-10. Camille Stauffer picked up second in the discus at 103-0 and third in the shot put at 31-4.

Meet officials canceled the pole vault because of safety concerns.

In the boys’ competition, Milford cut the gap to Wilber-Clatonia, finishing 14 points behind the Wolverines.

“We were tickled to cut into the Wilber-Clatonia lead,” Hingst said.

Hingst said Milford was in fourth with Shook took the baton, and it wasn’t a good hand-off.

Shook also placed fifth in the high jump to round out his day.

“It was not easy in the wind,” Hingst said.

Nelson and Piening were second and third in the 110-meter hurdles, respectively.

The Eagles were to host their home meet April 12 and are next in action Tuesday, April 19, at Centennial.

Both teams were second at their home invitational, which was shortened because of weather. The pole vault, 4x100-meter relay and 4x400-meter relay were not contested.