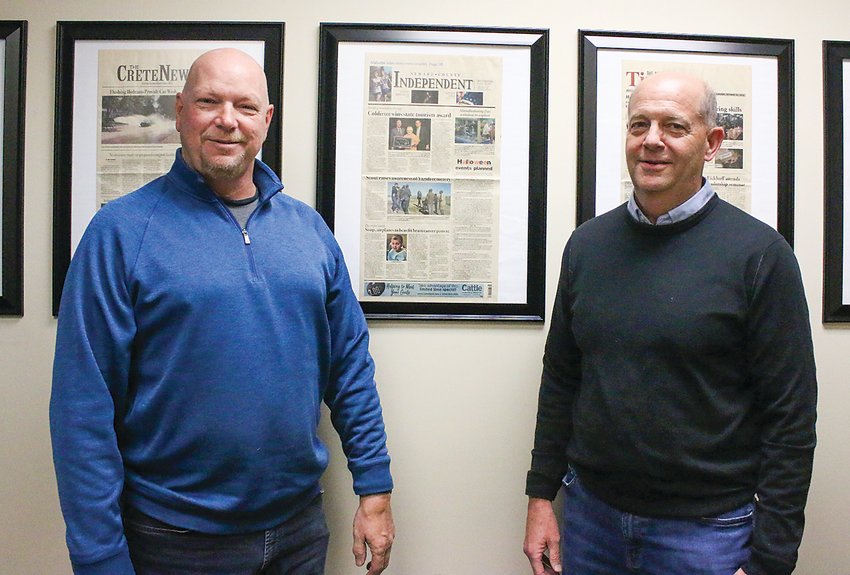 On Jan. 1, Kevin Zadina of Seward officially became the owner of the Seward Independent group, five newspapers in Seward and Saline counties. Although the ownership has changed, the papers’ commitment to local information has not.

“We will still bring local news – city council, school board, local features – you will not get any other place in the state,” Zadina said.

Zadina came to Seward from Beatrice in 2004. This was the sixth stop in his newspaper career, which started at Hastings.

He said he’s always wanted to own newspapers, but the timing was right now.

“This is a good group, and that makes the purchase better,” he said.

The group includes the papers in Seward, Milford, Crete, Wilber and Friend.

“All our papers have a unique position in their town, their community, their area,” Zadina said. “We need to stay focused on what’s important to them.”

All the communities have civic pride, and Zadina said the staff will keep working to make the newspapers strong.

“We are as strong as our communities, and I feel good about that,” he said.

He said having the community be a part of the paper is important and encouraged people to let the staff know about upcoming events and submit information and photos if possible.

Rhoades said he felt now was a good time to sell because he’s ready to slow down.

“Working with Kevin so many years made the decision easier,” he said. “I know it’s in good hands. He has the same belief in newspapers.”

Rhoades has been in the newspaper business all his life. His son, Chris, is the sixth generation of Rhoadeses to be in newspapers.

Rhoades said there were a couple other newspapers available when he bought Seward.

“We made the right pick,” he said.

Although he won’t necessarily miss the road trips from Blair, he said he’ll remember the people in the area he worked with and the big news stories each paper covered.

When Rhoades started in the business, pages were laid out using the cut and paste method – cutting out each section of text or photo and pasting them on pages. Those pages were then driven to the press, where they were photographed, the negatives burned onto metal plates which were then put on the press. Electronic transfer was a big step, Rhoades said.

Down the road, Zadina said, readers will see changes in the five papers and improvements to the websites and daily update.

“We have to adapt and move with what’s going on,” he said.

One of the challenges the newspapers face, he said, is finding people who want to work for a newspaper and who have the skills to increase and improve the papers’ social media presence.

Simply finding and hiring people is a challenge for small business owners across the board, Zadina said.

“At times we’ve been as short as two reporters for five papers,” he said. “We’re finally getting people back in the newsroom.”

Rhoades said the papers have an outstanding staff.

“Without staff, we have no paper,” he said.

Rhoades said the online opportunities are posing challenges for small newspapers, but he said the bigger threat is “if people quit caring about their community.”

While Rhoades has sold the papers, he still owns the building in downtown Seward that houses the Independent.

Zadina has filled most roles in the newspaper. He has been a salesperson, a sports reporter and publisher. Now, he is an owner.

“I bought them because I believe in papers and am committed to be here to continue to tell your stories,” he said.